A Glimpse into World War III through Weapons Trade

A team of analysts used a graph technique known as Social Network Analysis (SNA) to analyze weapons trade between countries and illustrate global political affiliations. This same technique was utilized within the Panama Papers Scandal and in determining the true main character of Game of Thrones. However, in this article, a graph is generated using trade data from the Stockholm International Peace Research Institute to show readers which side their country would join in the event of a hypothetical World War III. 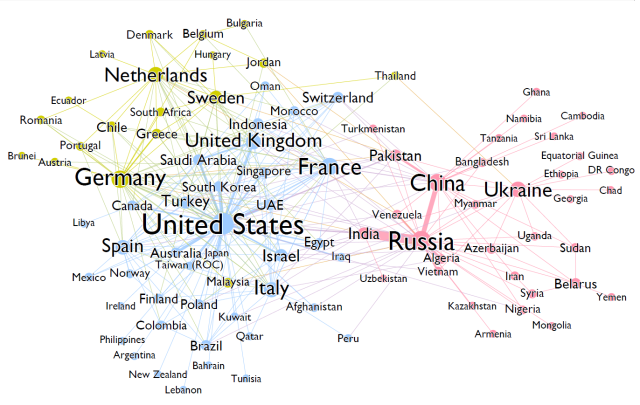 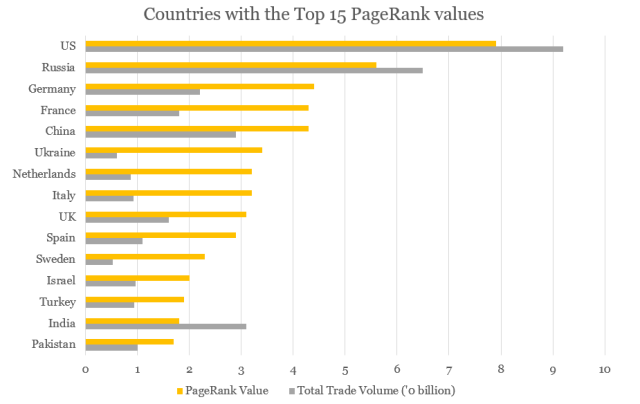 Edges were created between any two countries appearing on the report from 2006-2015 if their was over $100 million (US) of cumulative weapons trading between them. Using algorithms such as Google’s PageRank, the researchers then ranked the influence of each country based on several figures including number of edges, total edge weight, and total edge weight of neighbors. The article also employs the Louvain Method to determine the major components of the graph by “maximiz[ing] edges between countries in their own subgroup, and minimiz[ing] edges between countries of different subgroups” (Soo). The conclusion was three distinct groups (blue, yellow, and red above) that are all led by several very highly ranked countries respectively. It is interesting the note the relatively higher interconnectedness between the blue (United States, UK, France, and allies) and the yellow (mostly European nations with ties to the U.S.) components versus the red component which is situated on the periphery with fewer bridges to blue and yellow. As evidenced by these nuances, the results of this analysis very effectively highlight the current political affiliations between the countries of the world.

This entry was posted in Uncategorized. Bookmark the permalink.